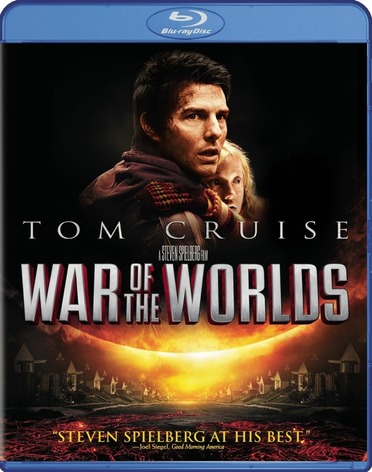 War of the Worlds
War Of The Worlds
This Summer, the last war on Earth won't be started by humans.

Despite super effects, a huge budget, and the cinematic pedigree of alien-happy Steven Spielberg, this take on H.G. Wells's novel is basically a horror film packaged as a sci-fi thrill ride. Instead of a mad slasher, however, Spielberg (along with writers Josh Friedman & David Koepp) utilizes aliens hell-bent on quickly destroying humanity, and the terrifying results that prey upon adult fears, especially in the post-9/11 world. The realistic results could be a new genre, the grim popcorn thriller; often you feel like you're watching Schindler's List more than Spielberg's other thrill-machine movies (Jaws, Jurassic Park). The film centers on Ray Ferrier, a divorced father (Tom Cruise, oh so comfortable) who witnesses one giant craft destroy his New Jersey town and soon is on the road with his teen son (Justin Chatwin) and preteen daughter (Dakota Fanning) in tow, trying to keep ahead of the invasion. The film is, of course, impeccably designed and produced by Spielberg's usual crew of A-class talent. The aliens are genuinely scary, even when the film--like the novel--spends a good chunk of time in a basement. Readers of the book (or viewers of the deft 1953 adaptation) will note the variation of whom and how the aliens come to Earth, which poses some logistical problems. The film opens and closes with narration from the novel read by Morgan Freeman, but Spielberg could have adapted Orson Welles's words from the famous Halloween Eve 1938 radio broadcast: "We couldn't soap all your windows and steal all your garden gates by tomorrow night, so we did the best next thing: we annihilated the world." --Doug Thomas
War of the Worlds at Amazon.com
 
The Soundtrack
 
The War of the Worlds (1953)
 
War of the Worlds - The Complete First Season (TV series)
 
Classic Sci-Fi Movies and Their Remakes
 
Aliens Invade on DVD
 
The Prog-rock Opera (no kidding)