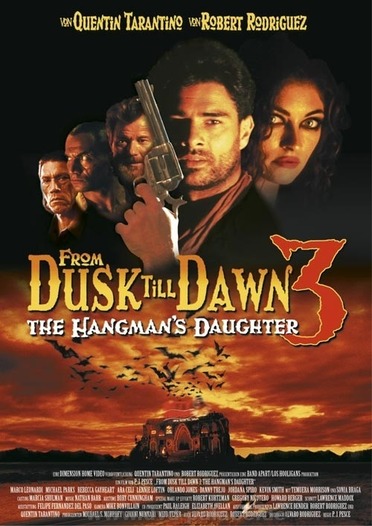 From Dusk Till Dawn 3: The Hangman's Daughter

The latest bone-chilling installment of FROM DUSK TILL DAWN reveals how this frightening saga all began! Narrowly escaping death, outlaw Johnny Madrid (Marco Leonardi -- LIKE WATER FOR CHOCOLATE) is on the run from the hangman (Temuera Morrison -- SIX DAYS, SEVEN NIGHTS) ... with the hangman's sensuous daughter Esmeralda by his side! Along with Madrid's gang, Johnny and Esmeralda embark on an adventure filled with colorful and unsavory characters who lead them straight into the fight of their lives! Also featuring Danny Trejo (CON AIR), Rebecca Gayheart (SCREAM 2), and Michael Parks (FROM DUSK TILL DAWN 1&2) -- you won't want to miss a minute of epic confrontation that results in Esmeralda's discovery of her secret birthright!