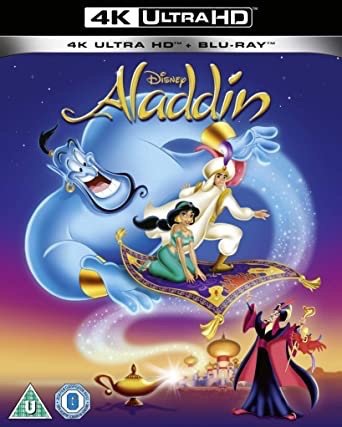 Aladdin is a poor street urchin who spends his time stealing food from the marketplace in the city of Agrabah. His adventures begin when he meets a young girl who happens to be Princess Jasmine, who is forced to be married by her wacky yet estranged father. Aladdin's luck suddenly changes when he retrieves a magical lamp from the Cave of Wonders. What he unwittingly gets is a fun-loving genie who only wishes to have his freedom. Little do they know is that the Sultan's sinister advisor Jafar has his own plans for both Aladdin and the lamp.