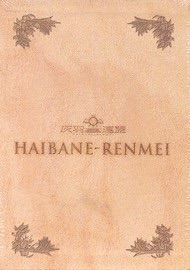 A girl with no name falls from the sky and finds herself in a very mysterious land, where nobody remembers of their previous life. In this land, angel-like beings, ash wings, have formed a society and live in harmony with the people of the town, helping them out. Later on, the girl gets a name--Rakka--grows a pair of wings and receives her own halo. Rakka is now an ash wing, too. While the new place seems to be like heaven for Rakka, she soon finds out that everything is not as easy as it might look. Why did Rakka become an ash wing, and what is the mystery behind her new home?