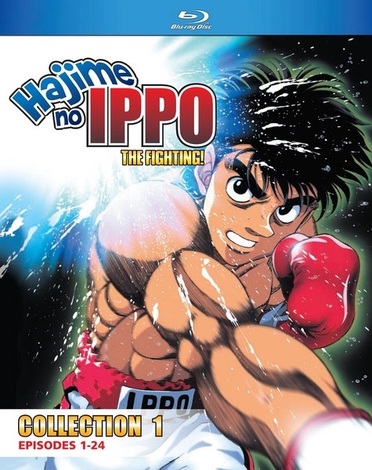 Ippo Makunouchi is an ordinary high school boy whose timid nature makes him easy pickings for bullies. But after he's saved from them by Mamoru, a professional boxer, he becomes fascinated by boxing and decides to step into the ring! It won't be easy. Mamoru is skeptical of Ippo's resolve, and he soon finds a rival in Ichiro Miyata, a lifelong boxing prodigy of his own age. Put to the test again and again on his boxing journey, Ippo discovers his hidden talents as he searches for an answer to the question: "What does it mean to be strong?".