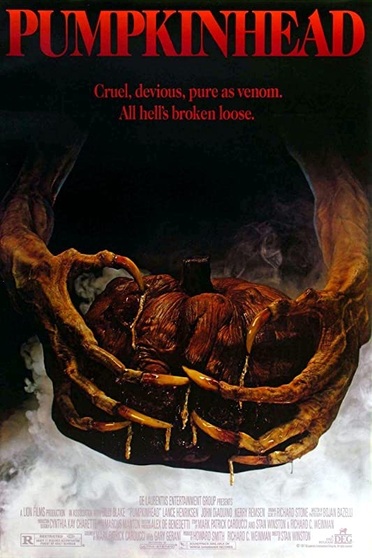 Pumpkinhead
The Demon of Revenge.

A group of city kids go into the country to relax. While there, one of them is involved in a biking accident that takes the life of the son of the local storekeeper (Lance Henrikson). In a fit of rage, the storekeeper has a witch unleash an unstoppable demon called "Pumpkinhead" to kill the group. When he realizes he's gone too far, the storekeeper attempts to save the kids, but is continually afflicted by visions of peoples' deaths through the eyes of the monster.