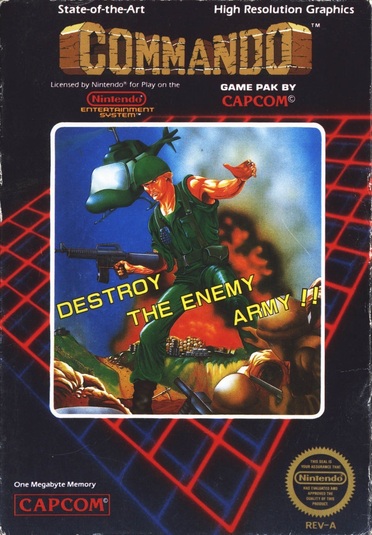 this game never gets old, simple gameplay and fun levels make this very entertaining...obviously its an original NES game so the graphics are of that time but the ability to go in and just kill soldiers in your way is a lot of fun...finding the secret staircases and getting the super grenade represent little things that make you want to replay after beating the game...the only slight negative is that bullets do not travel that far...i know its an old game but to have a bullet evaporate .1 of an inch right b4 the enemy gets frustrating, especially in later levels when a lot of bullets are coming ur way and you need to be stealth in your approach...but otherwise this is a blast and one of my fav all time NES games

Features: Cartridge only. If Like New: in perfect or minor flaw condition If Good: has sticker(s), sticker residue, or minor problems If Acceptable has one or more flaws: has stickers, label torn, yellowing, black marker on it.