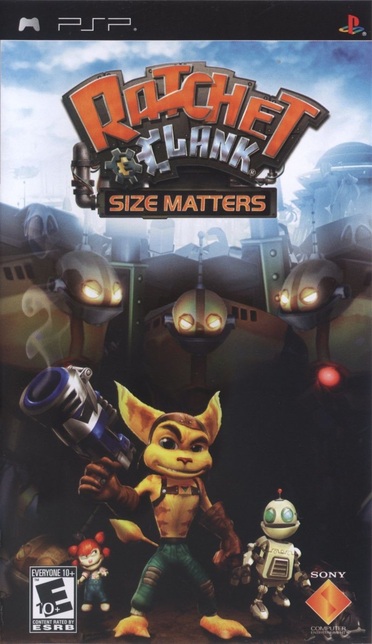 Ratchet & Clank: Size Matters is a platform game in the Ratchet & Clank series for both the PlayStation 2 and PlayStation Portable. It is the first Ratchet & Clank game on the PSP handheld, and the fifth, chronologically, in the series. It was developed by High Impact Games, a company spawning from the original Ratchet & Clank developer, Insomniac Games. The story is about Ratchet and Clank as they are interrupted from their vacation to search for a kidnapped girl and encounter a forgotten race known as the Technomites.

While on a vacation on Pokitaru, Ratchet and Clank meet a little girl named Luna who is writing a school report on heroes. Shortly after they meet her, Luna is kidnapped by mysterious robots. Clank then stumbles upon a mysterious artifact from an ancient race, the Technomites. Although Ratchet is initially skeptical about their existence, Clank believes they do exist. Ratchet and Clank set out to save Luna and in the process, encounter Captain Qwark, who is attempting to find his birth parents. Ratchet allows him to use his ship's computer to aid in his search, in order to make him stop following them.