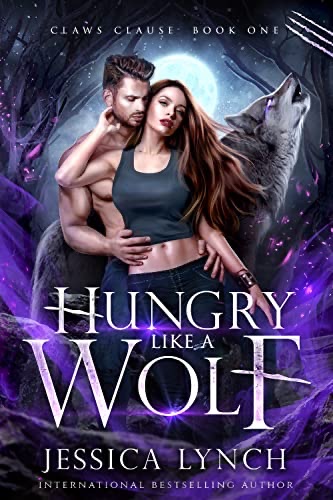 In a world where paranormals live side by side with humans, everybody knows about Ordinance 7304: the Bond Laws. Or, as the Paras snidely whisper to each other, the Claws Clause—a long and detailed set of laws that bonded couples must obey if they want their union to be recognized.
Because it wasn’t already damn near impossible to find a fated mate in the first place. Now the government just has to get involved…
I remember—
Three years ago, Maddox Wolfe lost his mate. Since there’s nothing more dangerous than a bonded shifter on his own, Ordinance 7304 gave him three choices: voluntary incarceration until he’s no longer deemed a threat; a lobotomy-like procedure performed by government-employed witches that would dissolve his bond; or, most final, a state-sanctioned execution so that he could be with his mate again. And while death held a certain appeal in the hazy days following the tragedy, Maddox had his family and his pack to live for. So, refusing to give up his memories of his sweet Evangeline, he chose to spend the rest of his days in the Cage.
I forget—
There's a hole in Evangeline Lewis's memory. The doctors tell her that it's normal, that she'll recover fully in time. After all, it's only been three years since the accident that nearly killed her. They never thought she'd wake up; a nagging, annoying sensation that something's wrong is the least of her worries. Especially since she has so much going on: a new apartment, a new job, her mother's well-meaning attempts at match-making... but tell that to her wayward psyche.
By day, she can't shake the feeling that something's missing. And, by night, she can't escape the dreams of a shadow man with glowing golden eyes…
It's entirely by chance when Maddox's brother follows that familiar scent to the beautiful brunette with the haunted smile. But Colt knows immediately what he's found: Maddox's mate, alive if not altogether well.
Once he learns the truth, Maddox will stop at nothing to get her back, even if it he has to follow every twisted, convoluted letter of the ridiculous Claws Clause to do it. And when that doesn't work?
Sometimes a wolf has to do what a wolf has to do. Stalking his mate, taking her captive until she remembers him... if it works, he'll have his mate back. If it doesn't, he's dead. Even worse, Evangeline will probably hate him forever.
Maddox is desperate enough to take those odds.