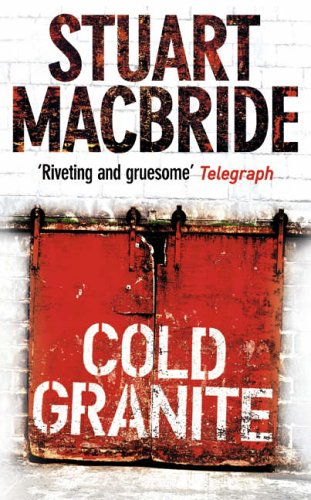 It's DS Logan McRae's first day back on the job after a year off on the sick, and it couldn't get much worse. Four-year-old David Reid's body is discovered in a ditch, strangled, mutilated and a long time dead. There's a killer stalking the Granite City and the local media are baying for blood. If that wasn't enough, Logan also has to contend with a new boss, DI Insch, who doesn't suffer fools gladly and thinks everyone's a fool, and his own ex-girlfriend, the beautiful but chilly Isobel MacAlister, who also happens to be the chief pathologist. The only good news is WPC 'Ball Breaker' Watson, Logan's new guardian angel. The dead are piling up in the morgue almost as fast as the snow on the streets, and Logan knows time is running out. More children are going missing. More are going to die. If Logan isn't careful, he's going to end up joining them. Set in Aberdeen, where the rainy season lasts all year, criminal gangs vie for supremacy on the streets and the oil industry brings an influx of wealth and vice, this is a gritty, powerful and page-turning debut thriller by a writer with a wonderfully observant eye and a characteristically Scottish sense of gallows humour.

About the Author
Stuart MacBride has scrubbed toilets offshore, flunked out of university, set up his own graphic design company, worked for some really nasty marketing people, got dragged into the heady world of the internet, developed massive applications for the oil industry, drunk heaps of wine and created the perfect recipe for mushroom soup. He lives, just left of the back of beyond, in North-east Scotland with his wife Fiona and enough potatoes to feed an army. Cold Granite is his first novel.