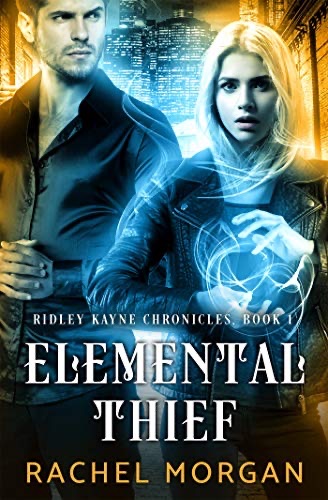 She's a thief with forbidden magic. He's the guy she just stole from. Now they'll have to work together.
In a city where magic is outlawed, teenage thief Ridley uses her special powers to steal from the rich and give to those in need—until the night someone follows her home after a heist and ends up murdered outside her apartment.
When her best friend is accused of the crime, Ridley is determined to prove his innocence.
But things get messy when the artifact Ridley stole turns out to contain secrets that could endanger many lives. Forced to team up with wealthy Archer—the guy she stole from—Ridley must hunt down the artifact before it winds up in deadly hands.
Which means following a trail into the hidden parts of the city ...
and hopefully not winding up dead.
THE RIDLEY KAYNE CHRONICLES:
Elemental Thief - out now!
Elemental Power - out now!
Elemental Heir - 2020