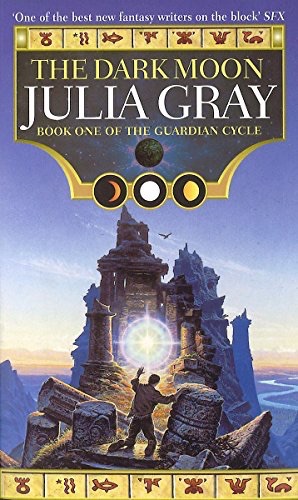 The Empire of the Floating Islands is a realm dominated by astrology and other means of prophetic divination, to the extent that people are confined as insane for picking potatoes at an unpropitious time. Its ruling class are as likely to fall foul of half-understood dogmas as unfortunate peasants; when the Empress gives birth to twins, of whom one is supposed to be the Guardian who will defend the land in its hour of greatest peril, and the other to embody all the evil the Guardian has rejected from his soul, scholars jump to conclusions as to which is which, confining the rainbow-eyed Terrel to a madhouse where he comes to naive maturity. Meanwhile, his malignant beautiful brother Jax comes to maturity as heir to the Empire, and knowing in his deepest heart what power he serves.