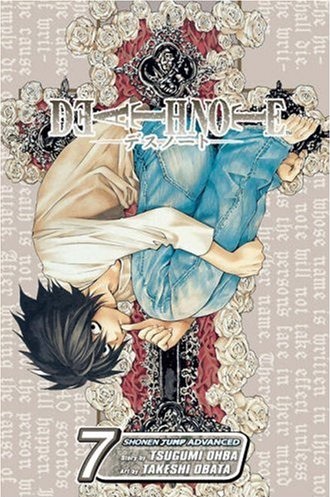 Light Yagami is an ace student with great prospects, and he's bored out of his mind. But all that changes when he finds the Death Note, a notebook dropped by a rogue Shinigami death god. Any human whose name is written in the notebook dies, and now Light has vowed to use the power of the Death Note to rid the world of evil. But when criminals begin dropping dead, the authorities send the legendary detective L to track down the killer. With L hot on his heels, will Light lose sight of his noble goal...or his life?
After a high-speed chase, Light and the taskforce apprehend the newest Kira. Light regains his Death Note and his memories, and the depths of his cunning are revealed as the plans he carefully put in place before going into confinement are slowly unveiled. His masterful manipulation of both humans and Shinigami lead him to the strongest position he's yet enjoyed. But the glow of his victory is marred when a new threat appears. Can Light withstand a surprise attack on two fronts?