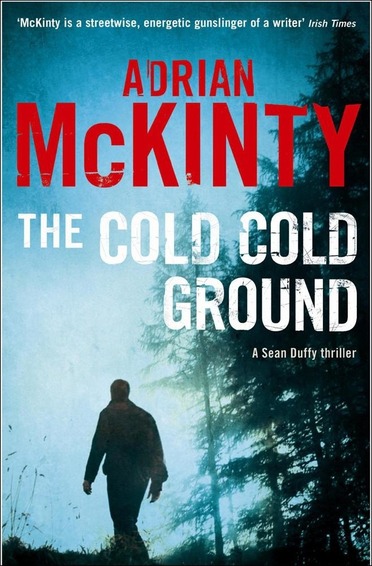 A Catholic cop tracks a killer operating amidst the sectarian violence of the conflict in Northern Ireland.Spring 1981. Northern Ireland. Belfast on the verge of outright civil war. The Thatcher government has flooded the area with soldiers, but nightly there are riots, bombings, and sectarian attacks.In the midst of the chaos, Sean Duffy, a young, witty, Catholic detective in the almost entirely Protestant Royal Ulster Constabulary, is trying to track down a serial killer who is targeting gay men. As a Catholic policeman, Duffy is suspected by both sides and there are layers of complications. For one thing, homosexuality is illegal in Northern Ireland in 1981. Then he discovers that one of the victims was involved in the IRA, but was last seen discussing business with someone from the Protestant UVF (Ulster Volunteer Force).Fast-paced, evocative, and brutal, The Cold Cold Ground is a brilliant depiction of Belfast at the height of the Troubles and a cop caught in the cross fire.From BooklistStarred Review Irish novelist McKinty returns to his roots with the first book of the Troubles Trilogy, set in his hometown during the time he grew up. At the height of conflict between the Catholic IRA and Protestant paramilitary factions in 1981, Sean Duffy, a Catholic police sergeant in the Protestant town of Carrickfergus, near Belfast, gets an unusual case. Two gay men have been murdered, their right hands severed (the classic modus for killing an informant) and switched between the two bodies. Duffy initially suspects a serial killer, but when no more gay men are targeted, he comes to believe that the second killing was done simply to cover up the first, in which the head of the IRA’s feared internal security force was the victim. Even after the case is reassigned, Duffy defies orders and keeps digging, coming up against corruption and collusion. Everything in this novel hits all the right notes, from its brilliant evocation of time and place to razor-sharp dialogue to detailed police procedures. McKinty, author of the Forsythe and Lighthouse Trilogies, has another expertly crafted crime trilogy going here, and readers will want to see what he does in the concluding two books. --Michele Leber Review"If Raymond Chandler had grown up in Northern Ireland, The Cold Cold Ground is what he would have written." --Times of London"Set against a backdrop of riots in the middle of the 1981 hunger strikes and the death of Bobby Sands, McKinty creates a marvelous sense of time and place; an evocation of darkness and horror, of corruption and collusion,... the immediacy of death and the cheapness of life... . There will be many readers waiting for the next adventure of the dashing and intrepid Sergeant Duffy." --Irish Independent"A literary thriller that is as concerned with exploring the poisonously claustrophobic demimonde of Northern Ireland during the Troubles, and the self-sabotaging contradictions of its place and time, as it is with providing the genre's conventional thrills and spills. The result is a masterpiece of Troubles crime fiction: had David Peace, Eoin McNamee, and Brian Moore sat down to brew up the great Troubles novel, they would have been very pleased indeed to have written The Cold Cold Ground. --Irish Times
"McKinty kicks off a trilogy with this 1981 Belfast-set tale that provides a fascinating look at everyday life in Northern Ireland during 'the Troubles.' The protagonist is clever and funny, the interaction of the police and various factions is eye-opening and the mystery is intriguing, with an unexpected twist at the end." --RT Book Reviews, Four Stars
"VERDICT: For fans of Stewart Neville's crime novels, a new and harrowing Irish trilogy is underway. At turns violent and labyrinthine, McKinty's (Dead I Well May Be) fine police procedural is also the ultimate page-turner. I cannot wait for Book Two!" --Library Jouirnal, Starred Review