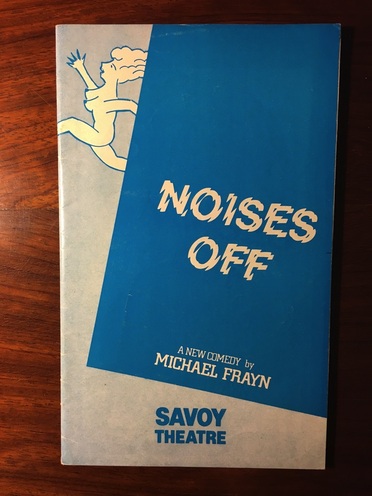 Farce / 5m, 4f / 2 Int. Called the funniest farce ever written, NOISES OFF returned to Broadway with Patti LuPone and Peter Gallagher and a manic menagerie that sent reviewers searching for new accolades as a cast of itinerant actors rehearsing a flop called NOTHING'S ON. "The most dexterously realized comedy ever about putting on a comedy. A spectacularly funny, peerless backstage farce. This dizzy, well-known romp is festival of delirium." - The New York Times "Bumper car brilliance...If laughter is indeed the best medicine, NOISES OFF is worth its weight in Cipro." - New York Daily News "The funniest farce ever written! Never before has side-splitting taken on a meaning dangerously close to the non-metaphorically medical." - New York Post "As side-splitting a farce as I have seen. Ever? Ever." - New York Magazine