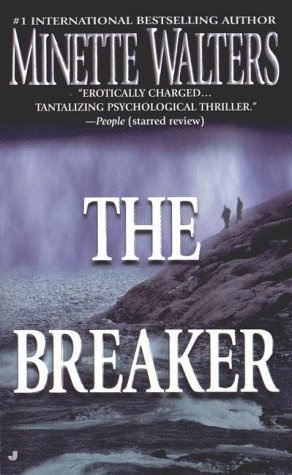 When Kate Sumner's corpse is discovered naked, bruised, prone and violated on the rocks of a sleepy South Coast town by two curious young boys, and her tiny, traumatised daughter is found wandering alone several miles away, police are instinctively drawn to two suspects. William Sumner, Kate's husband, and Steven Harding, a handsome would-be actor, find themselves at the centre of the investigation and as police suspicions grow, their fatally flawed personalities are gradually disembowelled in the search for the truth. The clever presentation of part of the evidence in the form of bland witness statements, stylishly contrasting with the fast-paced narrative that swoops between the two prime suspects, is an ingenious tool which allows the weaknesses of each man to be gradually revealed. The Breaker is an example of the crime novel at its very best, with characters and situations so carefully judged that they become all the more believable as the story is pushed towards its chilling climax. Minette Walters has more than proved her exceptional talent for mystery and suspense in the award-winning The Ice House, The Sculptress and The Scold's Bridle, and here merely confirms her unquestionable standing as the true Queen of intelligent crime writing. --Susan Harrison