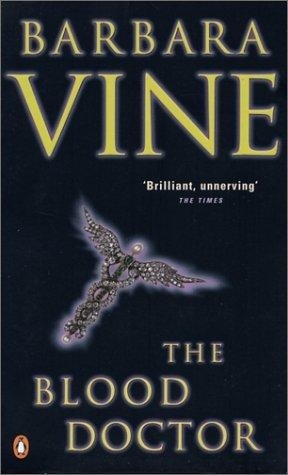 In "The Blood Doctor", as in others of the books she has written as Barbara Vine, Ruth Rendell stretches the boundaries of what we mean when we describe a book as a psychological thriller. Nanther is a biographer who is in crisis in most areas of his life--he has run out of inspiration, his other "job" as a hereditary peer is in the course of being voted out of existence and his relationship with his second wife is threatened by the difficulties she is experiencing in bringing a child to term. He throws himself into a study of his great-grandfather Henry--a doctor ennobled by Queen Victoria for his work on the haemophilia which dogged her descendants--and finds something not quite right. Henry was not just a repressed Victorian--there was something about his ruthless jilting of mistresses and fiancées which implies something a lot more peculiar and Nanther sets out to work out what it was. This novel is acute on the intellectual pleasures of historical research including the guilty prurience of working out dead people's secrets; it is also genuinely insightful in its portrait of Nanther, a man who thinks he is a worse and more useless man than he is, and finds out from Henry what real human evil might be. --"Roz Kaveney"