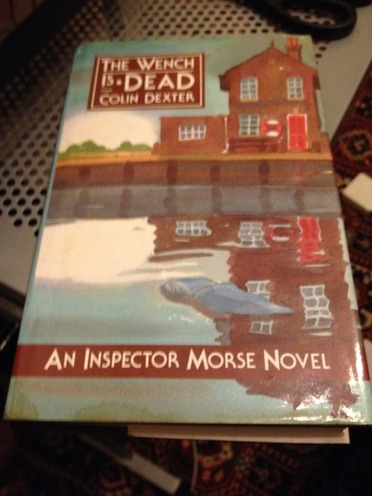 The Wench Is Dead

Hard drinking Inspector Morse collapses at home but is luckily found by his cleaning woman who recognises the signs of a perforated ulcer, as her late husband had died from that same condition. A reluctant Morse is hospitalised and forced to rest while undergoing treatment. He is given a copy of a book based on an actual murder case which took place in 1859, in which the crew of a canal boat were executed for the murder of a young female passenger. Despite pleading their innocence, the boatmen's story was never believed. Morse is fascinated by the case and gets the visiting, librarian daughter of another patient in his hospital ward to bring him in copies of the old newspapers which carried the stories. He then fills in his days in bed with solving several puzzling aspects of the case. This book was very well portrayed in the tv series Inspector Morse, which starred John Thaw and was played in the two eras...the hospital and the canal boat trip in 1859.