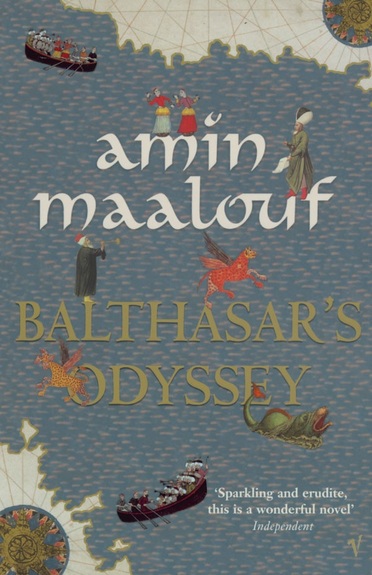 For those that have read his previous books, like Leo the African and Samarkand, it will be no surprise that the Lebanese writer Amin Maalouf again delivers a splendid book. You can read it as a historical novel, as a metaphysical one or just as an adventure novel; it is all three.
The main protagonist, Balthasare, gets involved with a book, the Hundreth Name, which apparently gives the magic hundreth's name for Allah, a certain cure to avoid the end of the world. Set in 1966, the year that many believed to be the year that the world would come to an end, this is certainly a book to be treasured. Alas, he loses it and he sets out on a journey to retrieve it. a journey which will take him from his home in Lebanon to Constantinople, Genoa, Amsterdam, London and many other places. During his trips he encounters many people and thinkers from all main religions, Catholics, Muslims, Jews etc, as well as a whole range of scoundrels after his money or other possessions. The many meetings contain gems of debates about the meaning of life and religion. The debate is wonderful and insightful and poses very interesting questions; one non-catholic questions whether the phrase "Love thy neighbour as one self" is that important as self love is always flawed and suggest that "He who is without sin casts the first stone" really should be thr prime guideline for our life.
All this is set against a painstaikingly well researched historical background ranging from the upsurges against Constantinople to the Great Fire of London.
A magic adventure indeed!