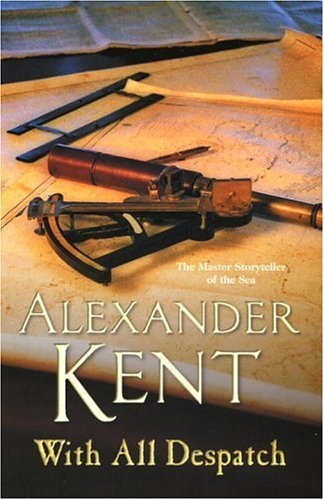 At the end of a troubled peace Richard Bolitho is plunged into bloody action.

A troubled peace with France means that in the harbours and estuaries around England, the royal fleet has been left to rot. Even a frigate captain as famous as Richard Bolitho is forced to swallow his pride and visit the Admiralty daily to plead for a ship. As the clouds of war begin to rise once more over the Channel, he has no choice but to accept an appointment to the Nore. With his small flotilla of three topsail cutters Bolitho sets out to search the coast for seamen who have fled the harsh discipline of His Majesty's Navy for the more tempting rewards of smuggling. But the 'Brotherhood' he comes up against are brutal and dangerous with a secret, sinister trade in human misery. Treason is never far distant and murder commonplace. So when a King's ransom is in peril and Bolitho is ordered to proceed 'with all despatch' to recover it he will need all the loyalty and courage of his three gallant cutters if he is to fulfil his mission.

From the Paperback edition.