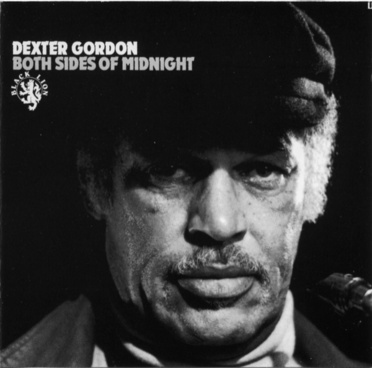 Both Sides Of Midnight
Dexter Gordon

Dexter Gordon's Both Sides of Midnight was recorded in the summer of 1967, but released in 1988, with the title taking branding advantage of Gordon's role in the full-length feature film 'Round Midnight. A group of American expatriates teamed with 21-year-old bass prodigy Niels-Henning Ørsted Pedersen yields almost an hour of excellent music from a club date at the venerable Montmartre Jazzhuis in Copenhagen, Denmark. Sowing the seeds of the sound of Sonny Rollins and using part of Newk's repertoire, Gordon makes these musical statements all his own with a personalized voice free of imitation, but full of melodic hooks and ladders reaching skyward in distinguished, ad hoc fashion. Pianist Kenny Drew and drummer Al Heath stay very close to Gordon's muse during this short stack of standards, stretching the harmonic parameters of these well-known tunes in a delightful program of professionally rendered modern mainstream jazz. A twelve-and-a-half minute calypso-tinged version of Ben Tucker's "Devilette" proves the band warms up very quickly, as Heath's bouncy rhythm excites Gordon's vocal-like, linear lines with slight swinging inserts. The most amazing track is the near-16-minute, fast romp 12-bar blues take of "Sonnymoon for Two," as an inexhaustible Gordon plays what was then called a whopping "three foot long," 28 chorus solo without quoting a single standard, going on and on in Zen fashion before Drew hits up 20 choruses of his own. The Rollins signature tune "Doxy" is played flawlessly with nary a single cliché, as Gordon negotiates the tricky melody with his legendary cool ease and near nonchalance. Drew and Gordon together are best when wearing their hearts on their sleeves during the quiet tunes "For All We Know" and "Misty," using emotional constraint and control with throaty, pillow talk tones. A well-recorded live date, one of many Gordon did at the Montmartre, this easily ranks as one of Gordon's best, just shy of his magnum opus Homecoming.