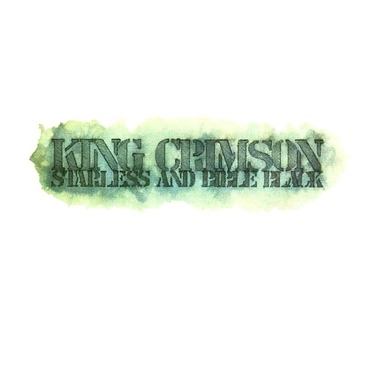 This 1974 release by King Crimson presents a nice mixture of studio tracks and live tracks. With respect to the live tracks, We'll Let You Know was a purely improvisational piece taken from a concert held in Glasgow Scotland, while The Mincer (another improvised jam) was recorded in Zurich, Switzerland and overdubbed in the studio. Three tracks including Trio; Fracture; and Starless and Bible Black were recorded at the Concertgebouw in Amsterdam, as was the introduction to The Night Watch (the remainder was recorded in the studio). For those of you that are curious, the complete Amsterdam Concertgebouw concert was released by the band as The Night Watch, which is a fantastic sounding 2-CD document of this powerful lineup live.

The lineup on this album is considered to be the finest Crimson lineup assembled and I do not disagree. The players at this point included David Cross (violin, viola, mellotron); Robert Fripp (electric guitar; mellotron; and devices); John Wetton (electric bass guitar; lead vocals); and the incredible Bill Bruford (drums and percussion). The performances on the live tracks are out of this world and amply demonstrate the power of this group as an improvisational unit of considerable power and imagination. Robert Fripp turns in some excellent performances throughout (his complex, cross-picking technique really shines on the closing track) and seems to favor a heavily distorted tone played at bone-crushing volumes – he is however, capable of some delicate playing as well. John Wetton seems to favor taking the same approach on the bass guitar and his thunderous bass lines rumble throughout – like Fripp, John is also capable of some fairly delicate playing. I was also happy to hear David Cross and his delicate violin/viola parts emerge from the chaos – unfortunately, his playing really took a back seat on the follow-up album Red (1974).

The eight tracks on the album range in length from 3'46 to 11'14" and include a few studio tracks (The Great Deceiver and Lament) and the aforementioned live tracks. Although some of the live tracks generate enough raw explosive power to blow the earth up ten times over, Trio is a very tranquil piece that just features violin, bass guitar, mellotron, and flute. Apparently, Bill Buford felt that Trio was perfect as it was and decided not to add drums during the live performance – in fact, the band appreciated this gesture and gave him a co-credit. The Night Watch is another quiet and mellotron saturated piece that breaks things up nicely. Although the studio tracks are nice and present a wide range in dynamics, it is the crushing volume and avant-garde tendencies of the improvised tracks that really hold my attention.

All in all, this is a good album released during a very creative period for King Crimson along with Lark's Tongues in Aspic (1973) and Red. Although I can't say that I like this album as much as the other two from this period, this is still high quality progressive rock and is recommended along with In the Court of the Crimson King (1969); Lizard (1970); Lark's Tongues in Aspic; and Red.

Starless and Bible Black is an album released by the British progressive rock band King Crimson in 1974. Most of the vocal pieces on the album are satires and commentaries on the sleaziness and materialism of society. An exception to this lyrical theme is "The Night Watch". Even though there are no drums on "Trio", drummer Bill Bruford received co-writing credit because the piece was improvised in concert, and Bruford's decision not to add any percussion was seen by the rest of the band as a crucial choice. The album art is by painter Tom Phillips. The phrase "this night wounds time", which appears on the back cover, is a quotation from Phillips's signature work, the "treated novel" A Humument (p. 222). Several songs from the album were recorded live in concert, with applause edited out. The only songs recorded entirely in the studio were the first two tracks, "The Great Deceiver" and "Lament". "We'll Let You Know" was an improvisational piece recorded in Glasgow. "The Mincer" was another improvised piece, recorded in Zürich and overdubbed with Wetton's vocals in the studio.