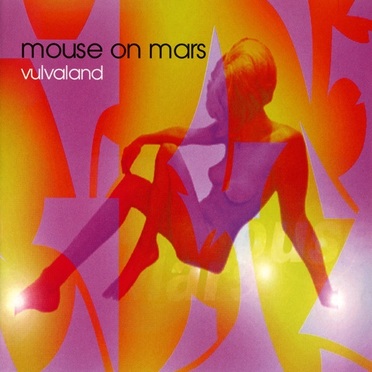 A wibbly, barely digital match of ambient texturology with experimental strains of techno, dub, and Krautrock. While the flip relies too heavily on four-on-the-floor ambient house clichés, the A-side is a prize, cultivating a weird, electronics-based avant-pop vibe as successful as it is unique.

Amazon Review
Mouse On Mars' first album "Vulvaland" sounds unlike any of their followup efforts. I think its also their best (though I haven't heard the vinyl-only and out-of-print "Instrumentals"). On "Vulvaland" Mouse on Mars seem focused on long hypnotic works rather than their more concise songs on "Iaora Tahiti" and "Audiotacker". Here, the songs often stretch out for nearly ten minutes, giving the album a surprinsignly unified feel. Much of the flow is probably due to the warm, fuzzy, soundscapes that MoM devises for each of the track. A lot of the sounds are vaguely reminiscent of record scratching or something associated with sand-paper. The whole record is soaked in this sound with bright tempos and a good vibe. It would make an effective porno soundtrack, really. However, I don't necessarily consider this album more accessible or less daring than other efforts. A lot of the sounds, especially the bizarrely fragmented vocal/dialogue snippets, and initially quite offsetting. As an example, the sixth track "die seele von brian wilson" supposedly has sampled vocals of the Beach Boy. Supposedly. My personal favorite tracks would be "Frosch" and "Chagrin" both are chock-full of the aforementioned sand-paper sounds and are quite 'ambient'. "Vulvaland" is a perfect album to background when studying, working, or surfing the net. Its also got enough going on for a rather intense listen experience. Because of excellence and chronology, "Vulvaland" is the ideal introduction to the world of Mouse On Mars.