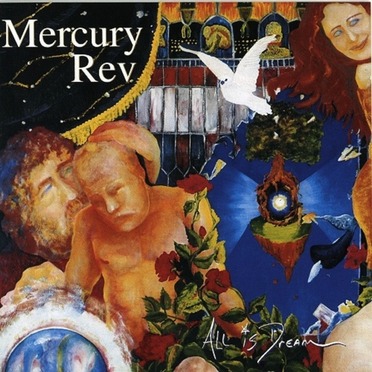 All Is Dream
Mercury Rev

All Is Dream is Mercury Rev's most fully realized album yet, the ideal follow-up to its predecessor, 1998's acclaimed Deserter's Songs. Like Deserter's, All Is Dream replaces the experimental leanings and noisy guitar wig-outs that marked their early work (especially Yerself Is Steam) with the more subdued (and, arguably, mature) sounds of strings, Mellotrons, and woodwinds. This time, however, their sound has expanded even further, racing to catch up to the band's considerable imaginations. All Is Dream is an album of sobering beauty, boasting layers of lush orchestration that lend a dream-like atmosphere to the proceedings and an epic scope to the songs. Album opener "The Dark Is Rising" starts with a swirl of strings like the beginning of some grand Hollywood melodrama before moving to a simple piano accompaniment, then explodes again into more strings and a chorus of female sopranos. Like dreams themselves, the songs range from the fantastic ("Nite and Fog") and the inspiring ("A Drop In Time") to the downright creepy ("Lincoln's Eyes"), yet all are tethered to reality by the reassuring vocals of frontman Jonathan Donahue. In another decade, All Is Dream would have been considered a "concept album"; for now, suffice to say that it is an album to be savored and appreciated as a whole, for years to come. --Robert Burrow