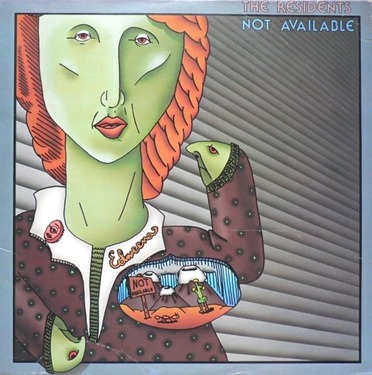 Not Available
The Residents

This is one of the strangest and most interesting recordings in rock history, which speaks volumes coming from one of the strangest and more interesting bands in rock history. Not Available used what was referred to as "the theory of obscurity" (which called for the album to not be released until its makers literally forgot about its existence). It is said to be, questionably, the Residents' second recorded album (in 1974, only to be released in 1978 after utilizing "the theory of obscurity"). A highly underrated and forgotten achievement in the Residents' body of work, Not Available is such an incredible recording to experience that it simply and truly cannot be classified as being like another. While the Residents have experimented within the confines of rock throughout their entire careers, with the exceptions of Eskimo, The Commercial Album, and God in Three Persons, this album achieves like no other. A surreal rock opera resulting in an incredibly weird circus of sound, it is one that simply must be heard to be believed.