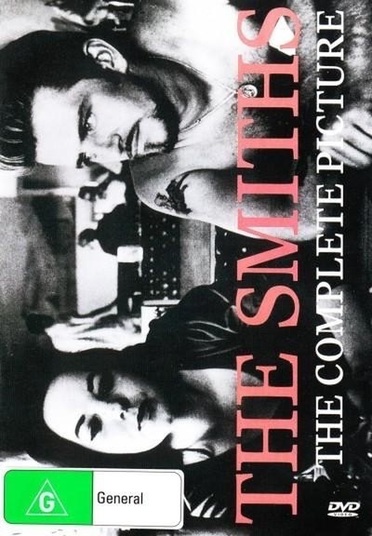 The Smiths: The Complete Picture

Thirteen Smiths' recordings, half of them in a club with a live audience. These alternate with five rock videos, two directed by Derek Jarman (Panic and Ask), two by Tim Broad (Girlfriend in a Coma and Stop Me...), and one by Paula Grief and Richard Levine (How Soon Is Now?). It concludes with Jarman's short film, "The Queen Is Dead," with a three-song soundtrack. The rock videos, particularly Jarman's, are filled with multiple and superimposed images, changing tints, and little narrative coherence; they get their pace from the music's rhythm. Androgyny, dancing children, belching smokestacks, graffiti, angry young men, a waif in a cap: collages of modern alienation.