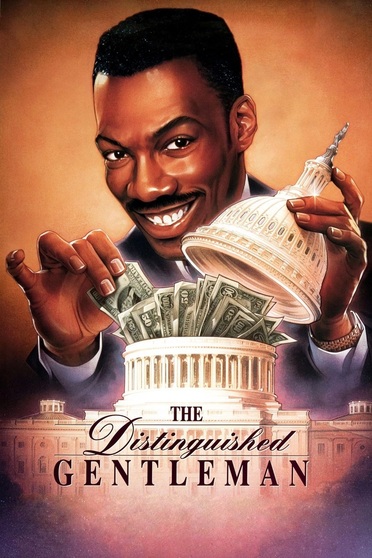 The Distinguished Gentleman
From con man to congressman

A Florida con man uses the passing of the long time Congressman from his district who he just happens to share a name with, to get elected to his version of paradise, Congress, where the money flows from lobbyists. But soon he learns the nature of the game and decides to fight back the only way he knows how, with a con.