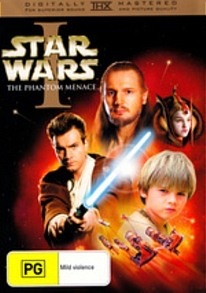 A long time ago, in a galaxy far, far away - STAR WARS: EPISODE 1 THE PHANTOM MENACE is a journey back to the beginning of the epic saga where a momentous meeting takes place between Anakin Skywalker, a hopeful nine-year-old boy, and Obi-Wan Kenobi, a determined young Jedi, that will change the course of galactic history. The film follows Anakin as he pursues his dreams and confronts his fears in the midst of a galaxy in turmoil. Episode 1 is rich in art, design, costumes, architecture and breakthrough visual effects.