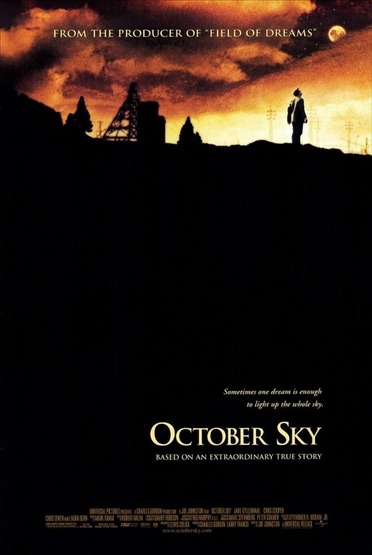 October Sky
Based On An Extraordinary True Story

In 1950's mining town called Coalwood, Homer Hickam is a kid with only one future in sight, to work in the local coalmine like his father. However in October 1957, everything changes when the first artificial satellite, Sputnik goes into orbit. With that event, Homer becomes inspired to learn how to build rockets. With his friends and the local nerd, Homer sets to do just that by trial and a lot of error. Unfortunately, most of the town and especially Homer's father thinks that they are wasting their time. Only one teacher in the high school understands their efforts and lets them know that they could become contenders in the national science fair with college scholarships being the prize. Now the gang must learn to perfect their craft and overcome the many problems facing them as they shoot for the stars.