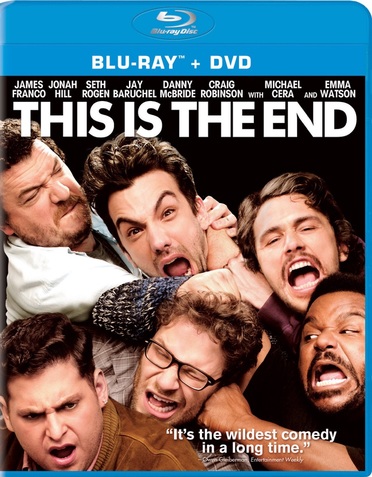 This Is the End
Ending Summer 2013

All Jay Baruchel expected coming to LA was a fun time with Seth Rogen with all the wild partying to have both by themselves and at James Franco's housewarming party. Suddenly, the Rapture hits and the Biblical Apocalypse has begun. Now, Jay and Seth are desperately sheltering in James' house for rescue along with a few other friends. Together, they must band together to attempt to survive the end of the world, only for Jay to find that they are all too dumb and superficial to do it until they discover the only way out.