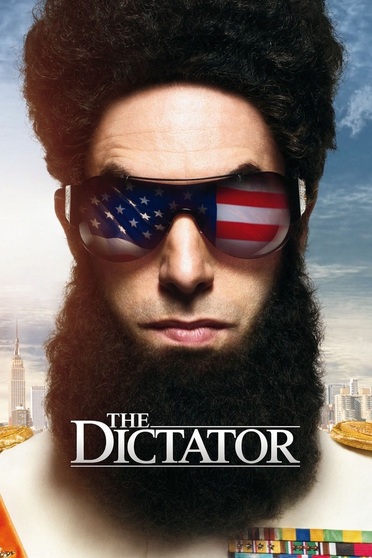 The Dictator
The heroic story of a dictator who risks his life to ensure that democracy would never come to the country he so lovingly oppressed.

Haffaz Alladeen is the bizarre dictator of the oil-rich African nation of Wadiya. Alladeen is as egotistical and ruthless as dictators come, executing anyone who disagrees with him by using his signature "head chop" signal. Alladeen is summoned by the UN to address their concerns about his nuclear program.