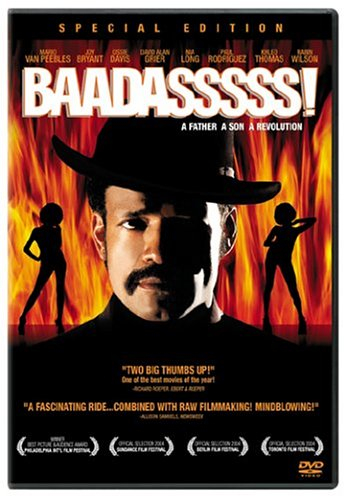 Baadasssss! (How to Get the Man's Foot Outta Your Ass)

Critics and audiences alike have gotten behind Mario Van Peebles' candid portrait of his father Melvin's struggle as a young, black director during the socially-shifting early '70s.

Determined to make a film that matters, Melvin (played by son Mario) deals with two-faced backers, a rag tag crew, threatening creditors and various shades of Hollywood hypocrisy. Obsessed with and everything on the line, including his failing eyesight and family, his only choice is to stick to his guns and do whatever it takes to get his neo-blaxploitation epic Sweet Sweetback's Baadassss Song to the audience for which it was envisioned

The real-life father and son dynamic brings an intimacy to this inspiring and often hilarious tribute to the father of black cinema. the result is a seamless layering of entertaining drama and poignant documentary that mirrors itself from every angle and never loses its edge.