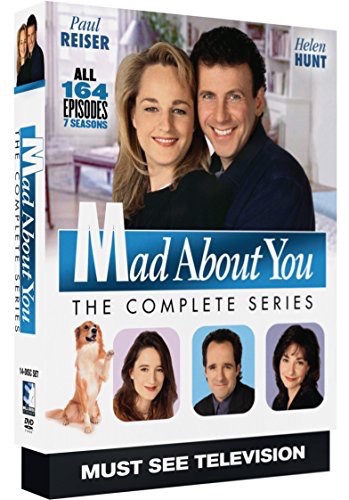 Mad About You : The Complete Series

Jump into the Final Frontier along with Paul and Jamie!

Honored with several awards including 10 Emmy®s, Mad About You is one of TV's most beloved and popular comedies.

Mad About You explores the romantic ups and downs of an endearingly neurotic couple, Paul and Jamie Buchman, as they cope with marriage, mood swings, love and life. You'll experience the ultimate in laughs and entertainment with shows featuring celebrity guests Lisa Kudrow, Carl Reiner, Sid Caesar, Estelle Getty, Bruce Willis, Hank Azaria, Cyndi Lauper and more. This is truly the ultimate collection filled with bonus features for everyone who is mad about Mad About You!