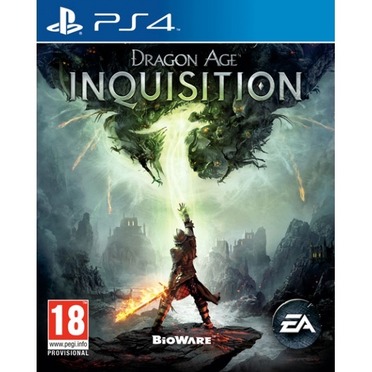 Dragon Age III, currently in development by BioWare, is an upcoming sequel to Dragon Age: Origins and Dragon Age II It was first (informally) announced on Twitter, the evening of May 19, 2011, by BioWare's Creative Lead Alistair McNally.

On March 19, 2012, nearly two weeks after BioWare released its latest game Mass Effect 3, Creative Director Mike Laidlaw tweeted that they are finished working on content for Dragon Age II. Executive Producer Mark Darrah mentioned that BioWare originally had plans for a expansion pack, titled "Exalted March", to mark the first anniversary of Dragon Age II but cancelled it for other opportunities for the series. Although Dragon Age III has not been officially announced, Darrah asked fans to give feedback on what they would like to see in future Dragon Age installments.

Wedbush Securities analyst Michael Pachter said that Dragon Age III is expected to be released some time in 2014. The title was initially believed to be released around winter 2013, but was delayed so BioWare and video game publisher Electronic Arts can fix problems and create new content for Star Wars: The Old Republic and Mass Effect 3.

Features: Skyhold Throne: Every ruler should sit in a place of high honor, but as the Inquisitor you will have the greatest of all, fashioned from an ancient dragon skull. Red Hart Halla: Traverse the perilous, living world atop this great-horned beast. Bog Unicorn: Once belonging to an evil marauder, this unique mount has returned to inspire fear into those who would oppose you. Bring the world of Thedas wherever you go with the digital soundtrack Dragon Age Multiplayer Deluxe Edition chests