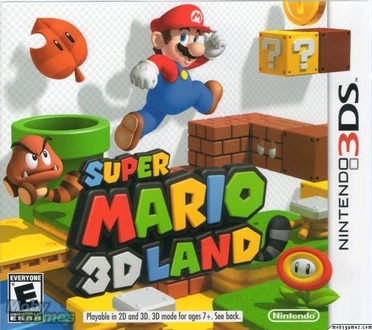 Super Mario 3D Land is a three-dimensional platformer which takes cues from the series' side-scrolling instalments. Mario starts a point in each level which he must traverse to reach a flagpole at the end.

The levels are populated by many of the series' mainstays such as Goombas, Koopa Troopas, Cheep Cheeps, etc. who will try to attack Mario. When he is attacked, he will lose his current power-up or shrink down to a small size if he hasn't already, in which case he will lose a life and must retry the level. If this happens multiple times, the player can activate the White Tanooki suit to grant Mario invincibility for that level.

He can grow back to normal size again by collecting a mushroom. Some of the power-ups Mario can use to aid him include the Tanooki suit, which allows him to hover in the air while jumping and use a spinning attack, and the Flower Suit, which allows him once again to shoot fireballs in the direction he is facing.