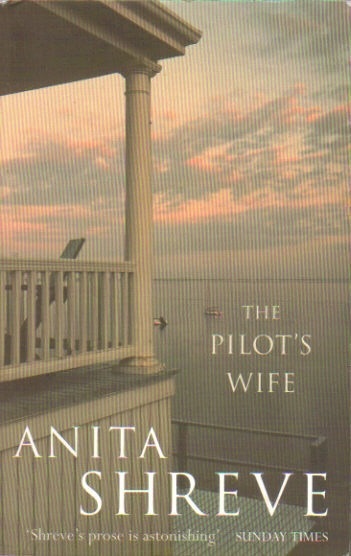 Oprah Book Club® Selection, March 1999: With five novels to her credit, including the acclaimed "The Weight of Water", Anita Shreve now offers a skillfully crafted exploration of the long reach of tragedy in "The Pilot's Wife". News of Jack Lyons's fatal crash sends his wife into shock and emotional numbness: Kathryn wished she could manage a coma. Instead, it seemed that quite the opposite had happened: She felt herself to be inside of a private weather system, one in which she was continuously tossed and buffeted by bits of news and information, sometimes chilled by thoughts of what lay immediately ahead, thawed by the kindness of others ... frequently drenched by memories that seemed to have no regard for circumstance or place, and then subjected to the nearly intolerable heat of reporters, photographers and curious on-lookers. It was a weather system with no logic, she had decided, no pattern, no progression, no form. The situation becomes even more dire when the plane's black box is recovered, pinning responsibility for the crash on Jack. In an attempt to clear his name, Kathryn searches for any and all clues to the hours before the flight. Yet each discovery forces her to realize that she didn't know her husband of 16 years at all. Shreve's complex and highly convincing treatment of Kathryn's dilemma, coupled with intriguing minor characters and an expertly paced plot, makes "The Pilot's Wife" really take off.