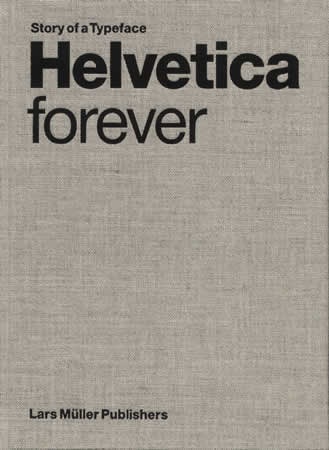 Helvetica Forever: Story of a Typeface

Designed in 1957, the Helvetica font is an icon of Swiss graphic design, which was a model of sober, functional communication throughout the world in the 1950s and 60s. The balanced and neutral appearance of Helvetica forgoes a high degree of expressivity a quality for which it is both criticized and admired. This polarization has helped to gain it unparalleled notoriety. Helvetica is far and away the most widely used of all typefaces; according to a survey by the Berliner Fontshop-Archiv, it tops the list of the hundred best fonts of all time. This publication retraces Helveticas fifty-year history, compares it to the well-known sans serif fonts of the twentieth century, and examines the phenomenon of its unparalleled spread. Numerous illustrations show a multitude of ways the font has been used in five decades from a wide variety of fields from signal design to party flyers.