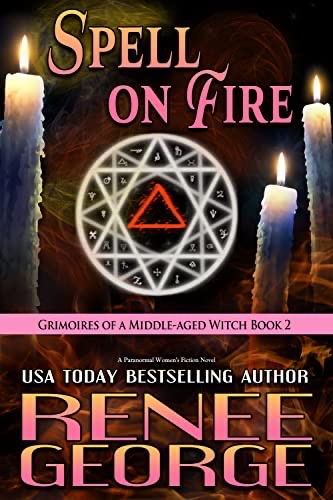 Spell On Fire: (Grimoires of a Middle-aged Witch Book 2)

Being a forty-something, newly divorced, single mom comes with its challenges. Finding out I’m a witch is just another one of them. As a new practitioner of tru-craft, I’ve been told that every witch is called to a single element, and they are sent down one of two paths, the Fade or the Bright.
Of course, every rule has an exception, and in this case, it’s me.
My grimoire has revealed a new element I have to learn, and I am walking the ditch between the two paths. I’m going to need the help of a grouchy gnome, a cuddly imp, a fiery ifrit, and a hottie druid to keep me from burning down my life and everything around it.
My new reality is nature's cruel midlife trick. Surviving Earth magic without blowing up my entire world has been hard enough. If I don’t master Fire, I’ll go down in flames.