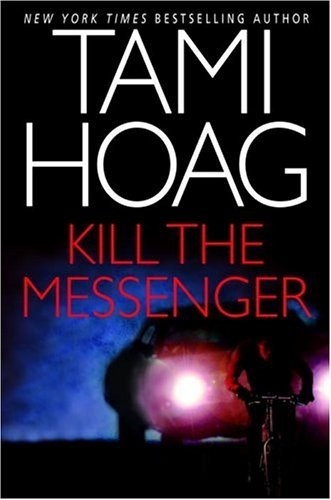 Hoag's success (Dark Horse;Guilty as Sin), evidenced once again in this engaging new thriller, is the triumph of substance over style. In a genre overrun with self-conscious jargon, brooding descriptions and fragments masquerading as sentences, her clean, measured prose—full, balanced sentences delivered at a steady pace—doesn't so much create an ominous mood as draw the reader into the worlds of her characters. Here, before they know it, readers are invested in the dilemma of Los Angeles bike messenger Jace (J.C.) Damon, on the run after picking up a package from high-powered attorney Lenny Lowell, who is subsequently murdered. Orphaned Jace lives under society's radar in Chinatown, with his 10-year-old brother, Tyler; his surrogate family includes sassy dispatcher Eta Fitzgerald and the Chen clan, the boy's closest neighbors. Similarly, the police in pursuit are an unconventional, if dysfunctional, family: long-suffering lead detective Kev Parker; his annoying and ambitious new partner, Renee Ruiz; squabbling second-string detectives Jimmy Chew and Bradley Kyle; and coroner Diane Nicholson, who is also Kev's lover. The wild card in the game is Lowell's daughter, Abby, volatile and full of secrets, which Hoag reveals at appropriate intervals. A link to Hollywood provides a burst of fresh energy in the later chapters of this character-driven, solidly constructed thriller.