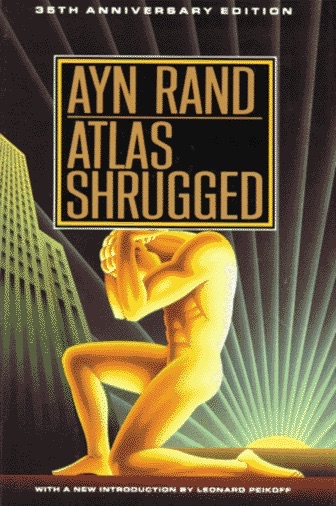 "Who is John Galt?"
This famous rhetorical question rings through Ayn Rand's best-selling novel as the people's anthem of despair in depressed economic times.
Set in the future, the novel follows capitalist magnates as they battle looters, strikers, and the impending ruin of the United States' economy. The romantic and intellectual relationship between Dagny Taggart, the heroine, and John Galt, whose identity as the leader of the strike is eventually revealed, carries the novel to its climax.
This novel, controversial when it first appeared in 1957, purports Rand's objectivist philosophy that the individual is free to pursue his or her own happiness without bowing to God or society. Objectivism in action upholds full laissez-faire capitalism as the only philosophy that can protect humankind's freedom to think, to be inventive, and to live productively.