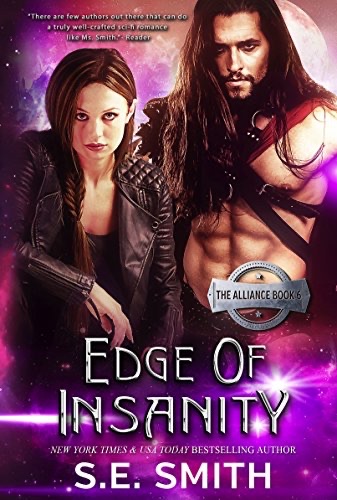 Edge of Insanity: The Alliance Book 6

Edge remembers little of his capture but all of what has happened since. He can feel his mind splintering, but a soft voice in the darkness urges him to resist—and fight back.
Lina Daniels is used to fighting fire with fire. She isn’t afraid of death, but she is terrified of being captured. As a resistance fighter on Earth, she knew the dangers. Those threats seem minuscule compared to those on the alien world where she now found herself.
Lina’s plan is simple—free the drugged Trivator warrior who’s been tortured past the brink of sanity, and force him to take her and the other women back to Earth. There’s so, so much that can go wrong, but it’s the only shot they’ve got…