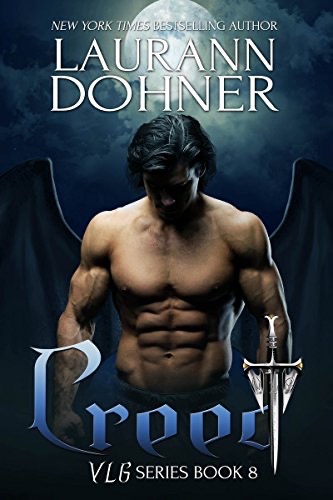 Angel was whisked away from a life of abuse as a child when a guardian angel flew her in his arms and gave her to a Lycan couple to raise and love as their own. It was inevitable that she developed feelings for her elusive savior, the GarLycan who protects her pack. As she matured, those feelings deepened to something more after spending time with him, only to be rebuffed by her hero. Dejected, Angel left the pack, moving away to distance herself from the pain. Now, years later, her mother has called her home. Their pack guardian is in need…
Creed is emotionally distant and cold. He’s had to become that way to survive his harsh life. His one weakness is Angel. She deserves a happy life, something that he can’t give her. He was born into servitude and isn’t allowed to take a mate. But, every thirty years he goes into one night of heat. The ravage is upon him, and Angel is determined to be there for him. He’ll take her to his lair, chain her down, and finally be able to touch her…
Creed and Angel soon discover their one night of bliss has dangerous consequences.