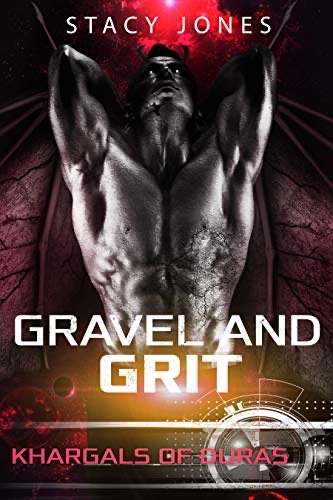 Zaek is losing hope after waiting centuries for rescue, but the time has finally arrived. The lost emergency beacon has fallen from orbit and gone active. All he needs to do to get off this damn planet named Earth is find it and get to the pick up location in time. The problem? The beacon comes with an addictively confounding, Earthian female who makes his mating gland swell, marking her as his true mate. Zaek hasn’t been around a human who didn’t run away screaming monster in a millennium, so how the hell is he supposed to convince this smart, beautiful, sarcastic female to give him the opportunity to win her heart before he loses his chance forever?
Mira has always been obsessed with all things alien, but when one breaks into her lab at Area 51, first contact doesn’t go how she planned. Kidnapped and running for her life with a gruff gargoyle that definitely isn’t made of stone and has more than his share of quirks, Mira learns that sometimes plans are made to be thrown out the window.
With a black ops team hot on their heels, determined to kill or capture them both, time is running out and their fumbling romance isn’t the only thing standing in their way to happiness.