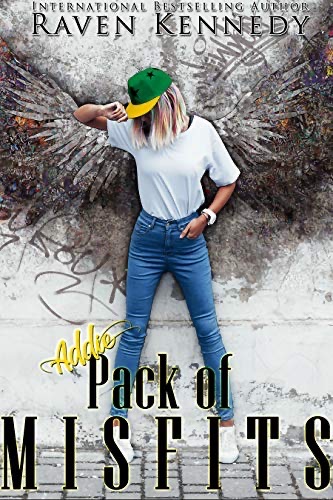 I live with a pack of misfit shifters.
Freaks. Rogues. Oddballs. Prey. Runts. Deformed. We're all welcome in Pack Aberrant.
We aren't going to be winning any popularity contests, but our hodgepodge bunch is more loyal than even the strongest pred packs. I should know. I grew up in one of them. As soon as they realized I was different, I was despised, even by my own family.
So I left, joined Pack Aberrant, and I've steered clear of alpha pred assholes ever since. Until my heatwave hits, and I accidentally jump three coyote shifters in a parking lot. Whoopsie.
Once they realize what my animal is, they're gonna kick me to the curb just like every other pred shifter has. And my old pack? They come back to haunt me.
I'm unwanted by the three hotties, threatened by my old pack, and to top it all off, I have to find a new job because I attacked a bank robber. Accidentally.
Being a misfit really sucks sometimes.
Author's Note: This was originally released as a short story in the Shifting Destiny anthology. It has now been expanded into a full-length novel. Puns still included.
Addie's story is book one in the Pack of Misfits series. Every book will be a standalone for that character, but a continuation of the Pack Aberrant story. Book one is a reverse harem with multiple love interests with the main character. However, this is not a reverse harem series. Some main characters in this series will have monogamous relationships.