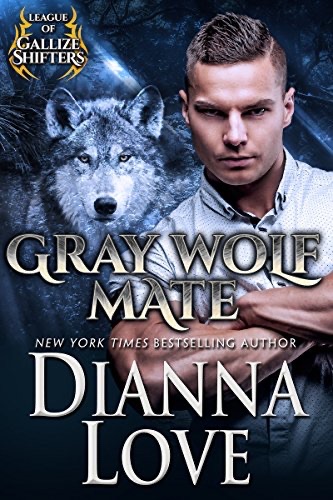 Shifters came out to the public eight years ago and, since then, the world has never been the same for many.
Tess Janver and Cole Cavanaugh fell deeply in love in college ... then he disappeared without a word. She feared the worst, or thought she had. After seven years, he returns as a beefed up version of his former self. That’s not the only thing different. As someone working in a preternatural criminal investigation unit and the daughter of a senator determined to rid the world of dangerous shifters, Tess is caught between performing her duty to humans, protecting the only family she has left and risking her heart to a man who once destroyed it.
Cole had no choice in becoming a Gallize shifter, a secret group of apex predators at the top of the food chain for their kind, and now faces a deadline from a fatal mating curse he can’t stop. The only woman he’s ever loved is human and wouldn’t survive bonding with him. He never planned on Tess finding out he was a wolf shifter, but she’s in danger from a rogue pack. He’s not leaving until she’s safe ... and he has a chance to redeem himself in her eyes before his time is up.
Enjoy a fast-paced, high-action romantic tale. Each book in the series is a stand alone.