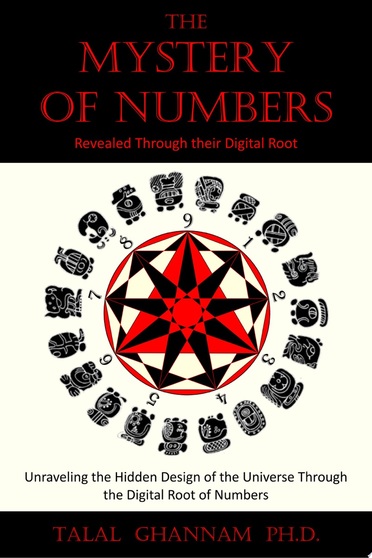 The Mystery of Numbers Revealed Through Their Digital Root: Unraveling the Hidden Design of the Universe Through the Digital Root of Numbers

What is it that brings all these different things together?
- The subatomic particles and the Vedic square.
- The hydrogen atom and the golden section.
- Fibonacci numbers, consciousness, and alchemy.
- Nikola Tesla, music, and the ether.
- Electromagnetism, gravity, and the fourth dimension. - The procession of the equinox, the Mayan dooms day, the Hindu Brahma cycle, and Atlantis.

It is Numbers, or more precisely; their Digital Root.

In this book the author examines the amazing world of numbers, particularly those which have intrigued and fascinated ancient and modern mathematicians alike. However, he does it from a very novel point of view; by implementing the digital root operation, in which the individual digits of any of these numbers are summed up until a single digit is left over.

The author will show that when applying this simple operation to magical numbers, and to many other groups of numbers, an amazing world of hidden interconnections; repetition cycles; numerical symmetries; and geometrical patterns emerge. Especially when the geometrical (the circle) and the numerical aspects of the digital root world are combined together. It is in this circular/numerical world where numbers, individually and collectively, exist in their most basic, yet perfect and symmetrical states, and where the basic nine numbers are differentiated into three groups of amazing properties, which will be shown to underlie the essence of the whole universe; from the atom and its forces to the solar system and its geometry.

This book will take us on a numerical and spiritual journey: starting from prime and figurate numbers; to Fibonacci sequence and the golden section; to alchemy and the Mayan calendar; to the atoms and its forces, along with the ether and the fourth dimension. In addition, the author will show how these new revelations of the digital root world are corroborating the numerological and mystical qualities that have been attributed to numbers by philosophers and mystics throughout the ages.

This book will paint a so holistic and meaningful image of the world that will forever change our perception, not only towards numbers, but towards the whole universe as well.