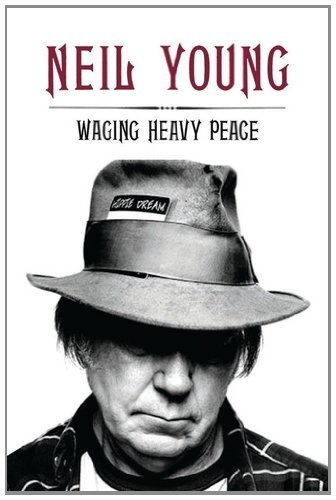 For the first time, legendary singer, songwriter, and guitarist Neil Young offers a kaleidoscopic view of his personal life and musical creativity. He tells of his childhood in Ontario, where his father instilled in him a love for the written word; his first brush with mortality when he contracted polio at the age of five; struggling to pay rent during his early days with the Squires; traveling the Canadian prairies in Mort, his 1948 Buick hearse; performing in a remote town as a polar bear prowled beneath the floorboards; leaving Canada on a whim in 1966 to pursue his musical dreams in the pot-filled boulevards and communal canyons of Los Angeles; the brief but influential life of Buffalo Springfield, which formed almost immediately after his arrival in California. He recounts their rapid rise to fame and ultimate break-up; going solo and overcoming his fear of singing alone; forming Crazy Horse and writing “Cinnamon Girl,” “Cowgirl in the Sand,” and “Down by the River” in one day while sick with the flu; joining Crosby, Stills & Nash, recording the landmark CSNY album, "Déjà vu, "and writing the song, “Ohio;” life at his secluded ranch in the redwoods of Northern California and the pot-filled jam sessions there; falling in love with his wife, Pegi, and the birth of his three children; and finally, finding the contemplative paradise of Hawaii. Astoundingly candid, witty, and as uncompromising and true as his music, "Waging Heavy Peace "is Neil Young’s journey as only he can tell it.