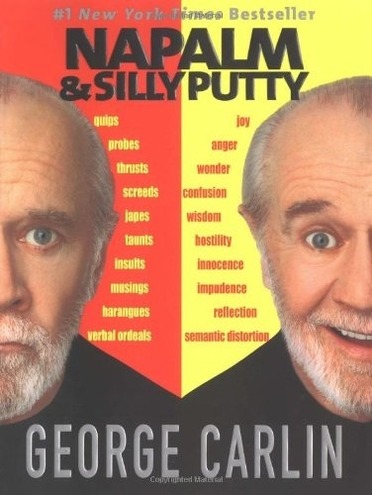 Standup comic George Carlin follows up his dark-horse smash bestseller Brain Droppings with another compendium of cranky meditations, cinching his reputation as the Andy Rooney of boomer hepcats. "Road rage, air rage," Carlin rails. "Why should I be forced to divide my rage into separate categories? To me, it's just one big, all-around, everyday rage. I don't have time for fine distinctions." Carlin is not into the lengthy essay--he's a sprinter of the mind. Most sentences in the book could be lifted out to stand alone and provoke deep thought: "How can it be a spy satellite if they announce on television that it's a spy satellite?" Good question. "Why do they bother saying 'Raw sewage'? Do some people cook that stuff?" Yuck, but yes, Carlin's got a point. He can do an extended bit too, most memorably the transcript of Jesus on a talk show plugging his new tell-all memoir about the Trinity, Three's a Crowd. Carlin is funny, but genuinely angry and poignant at times: "You live 80 years and at best you get about six minutes of pure magic," he says. Sad, but about right. And how did Carlin get into his line of business, "thinking up goofy s---," as he puts it? There's a clue in one entry in this book: "As of 1995 the number of people who had lived on earth was 105,472,380,169 ... it means that at this point there have been almost 1 quadrillion human bowel movements and most of them occurred before people had anything to read. These are the kind of thoughts that kept me from moving quickly up the corporate ladder." Thank god Carlin stayed low on the corporate food chain and high on his own utterly idiosyncratic ideas! --Tim Appelo