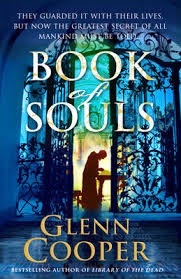 A shocking truth lies within the pages of an ancient library, locked inside a high-security complex deep beneath the Nevada desert. And the US government will stop at nothing to keep it classified. But now a shadowy group of ex-employees want the world to know - however terrifying the disclosure might prove to be. And when a single volume missing from the original collection mysteriously surfaces at a London auction house, they persuade former FBI agent Will Piper to help them obtain it and unlock the ultimate secret of the library, once and for all.Travelling to England, Will discovers the text contains a sonnet that holds a series of clues - clues that reveal the book has had a profound effect on the history of mankind. But all the time he is being watched. And as he gets nearer to the final revelation, he and his young family become a direct target for a deadly group of men whose duty it is to guard the library's secret - whatever it takes. However, the truth is too powerful to keep hidden...