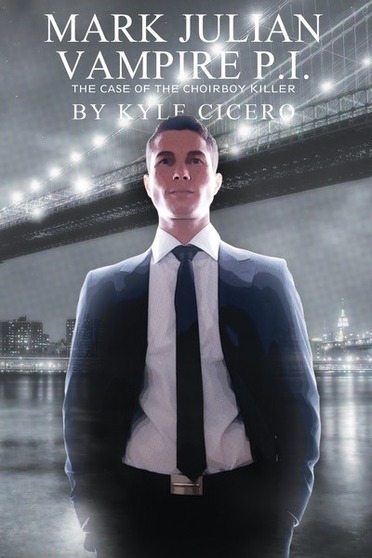 Mark Julian Vampire P.I. The Case of the Choirboy Killer

The Case of the Choirboy Killer: The city is being hit by a wave of killings where the victims share two things in common: 1) they are gay and, 2) they have been drained of blood. The press is having a field day using a witness' description to label him as "the choirboy killer" and the gay community is up in arms. Worse the local vampire council is convinced the killer one of their own who has gone rogue and is intentionally committing these activities as an affront the entire undead community. "I mean we just don't act this way here," sniffed the head of the council, "I mean this is New York City after all!" The council wants it stopped and so they go to the only person from their community who they think can find the killer and end his reign. Mark Julian, who is a vampire like themselves and New York's only private eye for the supernatural set. With the help of his secretary Jaime, an incubus/succubus changeling sex demon he begins the hunt. His only major problem is that one of New York's finest is also on the trail of the fiend who is dispatching the city's citizens. When the hunky detective and Julian cross paths the gay detective finds the well-built handsome law officer is not only impeding his quiet search but also, for the first time in centuries, getting him heated up as well. Will they join forces or will one of them fall victim to the sensational choirboy killer? Bonus Feature: The Curious Case of the Runaway Incubus